Speaking to reporters outside the New Jersey courthouse where his trial on bribery and other charges was about to begin, Sen. Menendez was defiant. 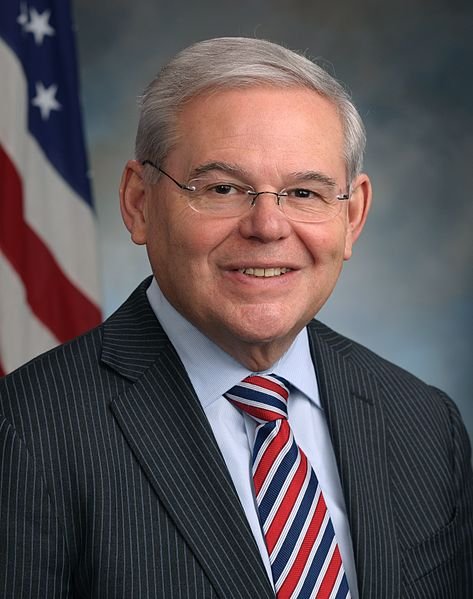 "Never, not once, not once have I dishonored my public office," the New Jersey Democrat said.

Menendez stands accused of acting in his official capacity as a senator to the benefit of Dr. Salomon Melgen, from whom Menendez had received campaign donations and personal gifts.

Melgen is a wealthy ophthalmologist who has a stake in a number of diverse businesses. Among those businesses is a company with a long-dormant contract to provide security at ports in the Dominican Republic. Shortly after Melgen acquired that company -- an apparently novel venture for the eye doctor -- Senator Menendez urged the Commerce and State Departments to enforce the contract on behalf of Melgen’s company. The value of the agreement is estimated at $500 billion.

Prosecutors claim Melendez took further action on Melgen’s behalf in his official capacity as senator, including assisting Melgen’s girlfriends in their attempts to secure travel visas and helping to resolve a dispute between Melgen and the Department of Health and Human Services involving an alleged $8.9 million overbilling.

Menendez is accused of accepting payback from Melgen in the form of trips on his private jet, a stay in a five-star Paris hotel and access to a luxury resort in the Dominican Republic, in addition to direct campaign contributions and fundraising efforts.

The Department of Justice indicted both Menendez and Melgen on April 1, 2015, on charges of fraud, bribery and making false statements.

Following the indictment, Menendez stepped down from his position as ranking member of the Senate Foreign Relations Committee, perhaps the most prestigious post of his career.

The trial began September 6 after Judge William Walls denied Menendez’s motion to modify the trial schedule so that he could be present for upcoming votes in Washington, D.C.

In opening remarks, Peter Koski, deputy chief of the Justice Department's Public Integrity Section, told jurors that the senator had officially intervened on Melgen’s behalf on a number of occasions, as well as accepting campaign donations and gifts.

"This case is about a corrupt politician who sold his Senate office for a life of luxury he couldn't afford and a greedy doctor who put that senator on his payroll," Koski said.

Abbe Lowell, counsel for Menendez, said that the senator and Melgen had a long and genuine friendship and gave gifts mutually, citing a $1,000 wedding gift from Menendez to Melgen’s daughter.

"These two referred to each other as brothers," Lowell said in opening arguments, telling the jury that the relationship gave the doctor “the ear of a senator he might not otherwise have, but that's not a crime."

Jurors have already heard testimony from two of Melgen’s girlfriends, who said that Menendez had indeed helped them secure visas. Defense attorneys said such assistance was customary for the senator and not improper.