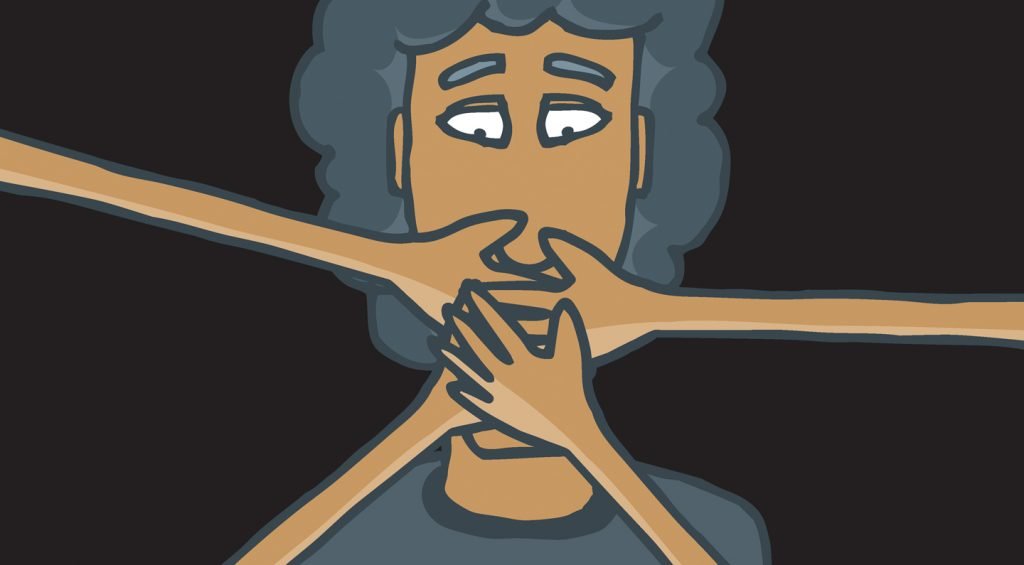 A District of Columbia Superior Court judge has delivered Facebook warrants seeking “all contents of communications, identifying information, and other records” for three accounts. The warrants were accompanied by an NDO (non-disclosure order), preventing Facebook from disclosing the existence of the warrants before producing the documents and information requested.

Facebook is gearing up for a potentially significant legal battle by refusing the warrants and challenging the gag order.

Users are their own best advocates

Specifics about the individuals in question are not known, but according to reports from Buzzfeed and recent court filings, the subjects could be involved with the mass arrests in Washington D.C. during President Trump’s inauguration.

In unsealed documents from Facebook, the tech company said the investigation and the information being sought is “public.” Additionally, since the case deals with potential felony charges, it does not require the same secrecy as when dealing with national security matters.

Facebook also took issue with possible infringement of its users’ First Amendment rights to anonymous, political discourse online. Facebook moved to vacate the NDO because it believes it “did not withstand strict scrutiny under the First Amendment.”

“As a general rule, the Government may not forbid people or businesses from discussing an investigation,” says Matt C. Pinsker, attorney and adjunct professor at Virginia Commonwealth University.

Pinsker sees the situation with Facebook as closely resembling the case of Doe v. Gonzales, in which a group of librarians challenged Section 2709 of the USA PATRIOT Act after having received National Security Letters (NSLs) demanding library patron information. Section 2709 imposed a gag order, preventing Doe and other plaintiffs from telling anyone they had received a letter and from serving as witnesses.

“Here, you run into that same issue where a business is having its First Amendment right trampled, in that it is limited in about talking about an investigation,” said Pinsker. The circumstances in which a gag order can be imposed need to be “narrowly drawn and serve a very compelling government interest.”

Facebook challenged the order in the DC Superior Court and lost. It continued the fight in the DC Court of Appeals.

A three-judge panel allowed an unsealed version of the notice to be shared to anyone Facebook or the government felt could weigh in on the matter.

Briefs in support of Facebook were due by June 30, and those supporting the government’s position were due by July 31. A court date has tentatively been set for September, with no day specified.

Support for Facebook has been strong. The first supporting brief was written in collaboration with some of the biggest names in the tech industry: Microsoft, Apple, Google, Dropbox, Twitter, Yelp, Snap and Avvo. The American Civil Liberties Union, Electronic Frontier Foundation (EFF), Center for Democracy & Technology and several other privacy and liberty organizations also added their voices against the overreaching NDOs.

Reading between the lines

The actual number of NSLs sent by the government is not entirely known. According to a Department of Justice report to Congress, over 9,000 NSLs were issued for information on U.S. persons just for 2005.

Tech companies and service providers are likely receiving the bulk of these requests, since they exist to collect data voluntarily and involuntarily on millions of people. To build trust with their users, the companies want to be as transparent as possible regarding their practices.

But when it comes to the NSL, companies are legally prohibited from telling their users that the government has requested information on them, unless they take the issue through appeals like Facebook is doing now.

It is not prohibited to say when you have not received a request to hand over user information.

“Warrant canaries” are becoming increasingly common among companies that are frequent recipients of NSLs. The name comes from canary birds that were brought down into mines to indicate conditions were safe, by not dying by asphyxiation.

Companies are setting up transparency report pages on which they can legally say they have not received a NSL within a specific window of time. Should that message ever go away, there is a good chance that the company has been the target of an NSL.

After Reddit took down its warrant canary in 2016, awareness for the practice has increased, and its use is still strong. Pinterest, for example, carefully logs and outlines all requests they are legally allowed to detail. The law states they can share the number in bands of 250, starting at zero.

According to the EFF’s “Who Has Your Back?” 2017 report, internet services providers (or ISPs) were scored as some of the worst defenders of NSLs. AT&T, Verizon, Comcast and T-Mobile are receivers of a huge number of NSLs, but have a near non-existent record of challenging them in courts.

Today’s NSL legality: constitutional
Facebook has the bankroll and manpower needed to challenge a National Security Letter from the U.S. government, but due to a recent federal appeals decision, their chances of success on appeal look bleak.

After non-disclosure portions of the NSL were declared unconstitutional in 2013, the Department of Justice and Congress worked to tweak the process. In the period of four years, they added two provisions: review the NDO after three years and cancel the order once the investigation is over.

These revisions were enough to convince the 9th US Circuit Court of Appeals that the non-disclosure aspects of the National Security Letters no longer infringe the First Amendment rights of the companies or individuals under investigation.

Paul Saputo, senior defense attorney at the Saputo Law Firm, sees this verdict as an outsourcing of our constitutional rights to the private sector.

“Simply by cobbling together a few standard-form sentences on a piece of paper, the FBI can entirely bypass the oversight of the judiciary, so long as the companies don't fight back. And why would they?”

This recent ruling comes just weeks after Facebook sought to challenge the gag order in federal appeals court. Facebook has not published any more information relating to their upcoming September trial, but Saputo predicts the court deciding Facebook's case will almost certainly look to the Ninth Circuit ruling for guidance.

The investigative arms of the U.S. government have acquired a new weapon. When wielded by the FBI or the NSA, this weapon grants the power to demand any information on persons of interest.