Get Social: If It’s Fake, It’ll Cost You 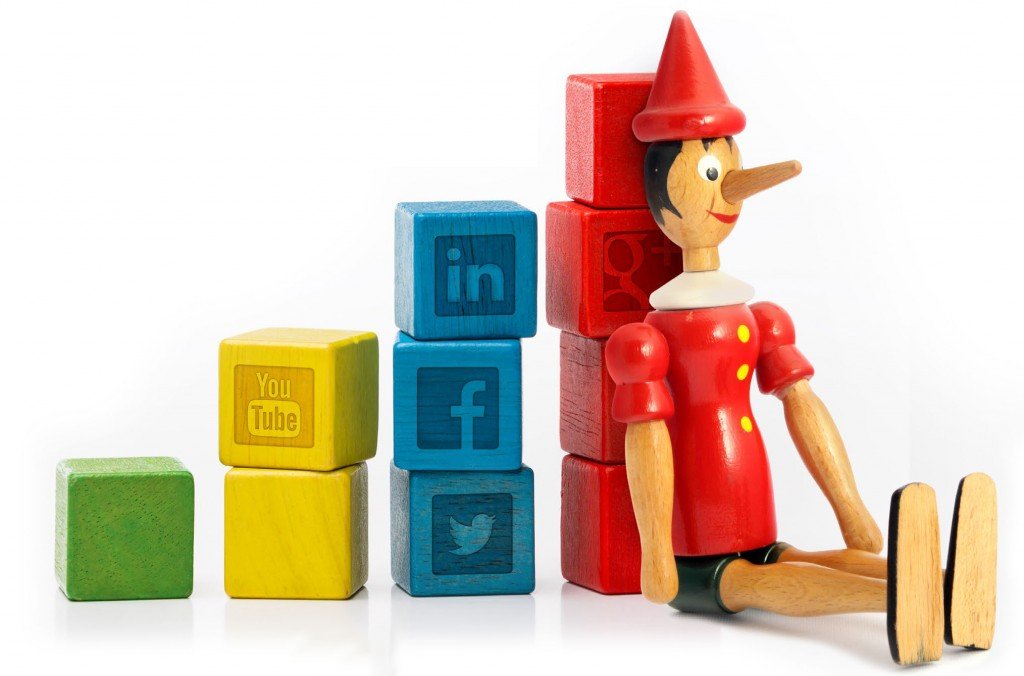 Where there is currency, there is counterfeit currency. As social media activity has increased in business value, companies offering to sell phony followers and Likes have proliferated. There is abundant evidence that buying fake social media followers is a bad business strategy; it often results in a drop in search engine rankings and a decrease in actual engagement. Unfortunately, in Facebook's case in particular, the click wars have caused collateral damage. Even businesses attempting to purchase legitimate advertising on Facebook have seen their ads devalued by fake Likes.

The buying and selling of fake online connections started with links. Search engines like Google measure how important a website is, in part, by determining how many other sites link to it. In the world of search engine optimization, unethical marketers used “black hat” SEO techniques, including buying and selling links, to game Google's algorithm. Whether they had any short-term success is now irrelevant. Google has improved its algorithm so that fake links are detected quickly, and websites that use them are punished with lower placement in search results pages. Today, buying fake links essentially guarantees that one's Google rank will plummet.

Marketers who followed ethical practices from the beginning could safely stand aside from the skirmishes between Google and black hat marketers over fake links. In fact, they applauded the improvements in search engine algorithms, because the websites that moved up in search engine rankings earned it by publishing quality, desirable content.

As problems, fake followers are more complex than fake links. Some still seek to game search engines out of a belief that, for instance, lots of +1's on Google+ or views on YouTube will move a website up in search rankings. Google deals with this problem as efficiently as it deals with fake links, detecting and punishing fraud. But in many cases, marketers are simply attempting to make a website, business or brand appear more popular than it actually is. It may seem like an empty pursuit, but unfortunately it has big consequences — even for businesses that are not attempting to buy fake followers.

Twitter allows people to use pseudonyms and create multiple accounts. That practice has inspired many companies that create phony accounts by the thousands, then sell followers to celebrities and businesses. Facebook tries to enforce a policy that users must use their real names, but it is still plagued by a massive number of fake accounts generating phony Likes. “Click farms” exist in the developing world, where workers receive tiny payments to click the Like button thousands of times. Both Twitter and Facebook depend on revenue from advertisers, who of course want to reach actual users, not fake followers, so both social media giants spend significant resources detecting and deleting phony accounts. But the problem persists.

Law firms engaged in social media marketing might wish they could ignore this issue. After all, legitimate businesses want real social media engagement, not fake followers. However, the click fraud problem affects even businesses who are just trying to buy Facebook advertising to reach real users.

Facebook does take action to detect and eliminate fake accounts that exist only to generate paid Likes. If a large number of accounts all liked the same businesses and nothing else, their activity would raise red flags. However, fraudsters know this. In order to cover up their paid Likes, click farmers take the time to Like lots of random businesses that appear in ads. This creates a major problem for legitimate advertisers on Facebook, who pay for advertising on a per-click basis. Not only are they inadvertently paying for phony Likes from random click farmers, who are not potential clients or even influential social media users, but these fake accounts pollute the firm's follower base, decreasing the reach of posts on a brand's Facebook page. By design, Facebook only shows posts from a business or brand to a certain percentage of that company's followers, so that it can charge a fee to Boost a post to more people. A large number of fake followers is worse than useless: it prevents real followers from getting the message. There is no way for a firm to remove fake Likes in bulk, and deleting them individually would be a drain on resources.

To address this problem, a firm might target Facebook advertising to avoid developing-world countries where click farms are known to operate, including Bangladesh, India and Egypt. However, such a measure does not completely solve the problem, as video blogger Derek Muller of the Veritasium YouTube channel recently demonstrated. Muller created a page called “Virtual Cat” with almost no content and a description reading, “Only an idiot would Like this page.” He invested $10 to promote the page only in the United States, the United Kingdom and Canada. Still, the Likes rolled in quickly. Upon examination, all of the accounts that Liked the page appeared suspicious and had Liked hundreds or thousands of random brands.

In 2012, Facebook deleted 83 million fake accounts after a similar exposé by the BBC, in which a reporter documented fake Likes of his “Virtual Bagel” page. Those 83 million accounts totaled almost nine percent of the total profiles on Facebook. At the time, the company stated that only 14 million of them were created for fraudulent purposes. Muller's February 2014 experiment shows that the misuse problem still exists, and that targeting only specific countries fails to avoid it effectively.

So what do attorney and law firm marketers need to do? It should already be clear that purchasing paid followers or Likes can only have a negative effect. If a firm is considering Facebook advertising, it should think carefully about the costs and benefits of any pay-per-click plan. To avoid pay-per-click, a firm could Boost certain posts rather than promote a Facebook page as a whole. Boosts can be used to target just one's followers and their friends (likely avoiding fake accounts). Watch out for any sudden, increase in followers with no discernible cause. And, until Facebook takes more serious action to address its problems, treat any advertising on the site as an experiment and watch the results carefully.

While staying alert to phony social media activity, attorneys and law firms should focus on gaining organic links to their websites and encouraging genuine social media engagement, both of which depend on high-quality content. Real web users are searching for material that is useful, interesting, informative or entertaining. People want to share articles, blog posts and infographics that provide those qualities with others. With great content, a firm can gain real followers who can become real clients.