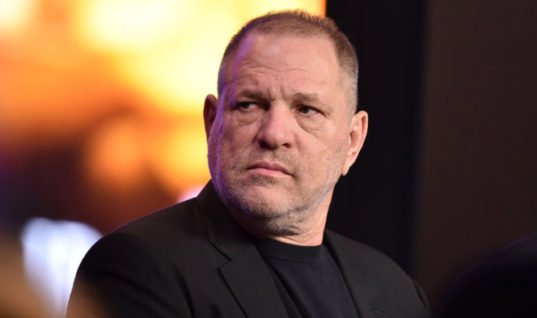 Photo by Will Bryant

Weinstein has had a three-decade history of harassing women. His colleagues and staff were aware of his behavior. Moreover, his board of directors knew of at least eight financial settlements with women Weinstein had allegedly sexually harassed.

An article in the New York Times, written by Jodi Kantor and Megan Twohey, exposed numerous sexual harassment allegations dating back to 1990s. Since then more women have came forward to tell their stories. Beginning with actresses Angelina Jolie and Gwyneth Paltrow a number of other women actresses and Weinstein company staff alleged they were sexually harassed by Weinstein.

Since the release of the New York Times article, news outlets have featured stories on Weinstein’s multiple alleged sexual indiscretions, a rapidly growing number of accusations have emerged.

In the weeks since the allegations against Weinstein began, similar stories have emerged in industries other than the film, music and entertainment industry. Just in Hollywood, men like Brett Ratner, James Toback, Kevin Spacey, Chris Savino, among others have been accused of sexual harassment, assault or misconduct.

According to the Equal Employment Opportunity Commission (EEOC) approximately 30 percent of 91,500 complaints received in 2016 were founded in sex-based workplace harassment. According to the EEOC, that number is much higher, as three-fourths of those sexually harassed at work do not tell anyone. In the wake of the Weinstein scandal, millions of women have posted the “MeToo” hashtag on social media sharing their sexual harassment and assault stories.

Reached at her Los Angeles office, Betsy Havens, an employment attorney with Strong Advocates, was asked what she would tell clients to do in relation to talking to the media or using social media to speak out about sexual harassment in the workplace. “When the accused is a high profile individual or company, press releases and the media can be very helpful advocacy tools. Sharing the client's story with the media can help other victims come forward, and it can also help put pressure on the accused to settle the cases more quickly.”

“With that said, when clients have been victims of sexual harassment or assault and are interested in pursuing a lawsuit, I always want to be sure that everything they are sharing with the public is helpful--and not hurtful--to their case and ultimately themselves. I generally suggest they put very little on social media and often recommend suspending their accounts.”

Dealing with sexual harassment at work

Of concern when dealing with sexual harassment in the workplace is the presence of fear of retaliation from the offender. In Weinstein's case his victims feared damage to their careers or hardship in finding new work, if they said anything. In fact, it was precisely that fear that kept Daryl Hannah and Annabella Sciorra silent for many years because the harassment they were subjected to took place in private. Does that make a sexual harassment case more difficult to prove?

According to Havens, “A jury's job is to decide whether--based on the totality of evidence-- it is more likely than not that harassment or assault occurred. Even if harassment or assault takes place in private, often times, the victims have told people, sent text messages, sent Facebook messages shortly after they have been harassed or assaulted. These witnesses can testify about what the victim told them, and any messages sent become evidence.”

“In other instances, the harasser has sent flirtatious text messages and emails that demonstrate ongoing harassment. Other times, women are significantly impacted by sexual harassment and assault, and it causes them to have relationship problems, nightmares, severe depression and anxiety that witnesses or experts can discuss.”

Sexual harassment in the workplace, whether carried out by a co-worker, non-employee, the manager or the company owner, is illegal if the conduct creates a hostile work environment and interrupts the worker’s career goals. It is not just inappropriate advances that define sexual harassment either. It includes unwelcome physical behavior or verbal commentary that creates a hostile workplace.

Sexual harassment at work may include but is not limited to:

In the face of the sexual harassment allegations, Weinstein has denied the accusations. According to Weinstein’s spokeswoman, he never had non-consensual sex with any of the accusers and never retaliated against any woman for refusing his advances. He is now allegedly seeking counseling in the hope of putting his life back together again. He has not yet been charged with any crimes, although the Los Angeles police department has launched at least one investigation into an alleged rape that took place in 2013.

As a result of the scandal, Weinstein’s wife, Georgina Chapman, announced she was leaving him. On October 8, 2017 Weinstein was fired from the company that he co-founded with his brother, and resigned from the company’s board October 17, 2017. Additionally, Weinstein was thrown out of the Academy of Motion Picture Arts and Sciences, and donations Weinstein had given to various Democratic politicians were returned. Police in London, New York and Los Angeles indicated they were investigating sex abuse charges.

Numerous lawsuits are being drawn up against Weinstein. An actress accusing Weinstein of sexually assaulting her filed a negligence lawsuit against his (former) company. Dominique Huett is seeking $5 million and is alleging the Weinstein Company “aided and abetted” Weinstein in “repeated acts of sexual misconduct.” It is alleged he invited Huett to his hotel room to talk about her acting career. He asked for a massage then suggested he perform oral sex on her. Although she refused, he proceeded anyway and allegedly masturbated in front of her offering her a role in a reality show when he was done.

Weinstein, himself, has also filed a lawsuit against the Weinstein Company to obtain company records. He hopes to find information that could assist in his defense against sexual assault allegations and defend the company against being harmed by possibly unjustified legal settlements. Weinstein intends to determine if confidential information was leaked to the media, whether or not he was wrongfully terminated, and if the board is looking into a fire sale of the company.