Owe the IRS? You Might Hear From a Private Debt Collector 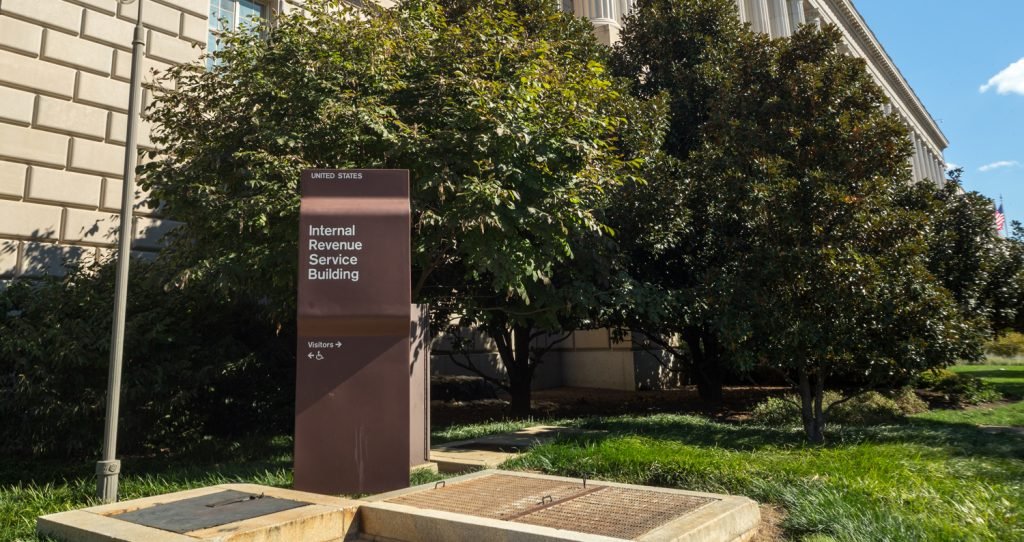 The Internal Revenue Service is using private debt collection companies to try to collect millions of dollars in overdue federal taxes. The IRS began turning over roughly 100 accounts per week to four private collection agencies (PCAs) in April, relinquishing a task the agency has handled internally for years.

The plan, according to IRS commissioner John A. Koskinen, is to turn over 1000 accounts per week to each firm by the end of the summer, with a goal of transferring 140,000 overdue accounts this year.

The IRS has hired four companies, CBE Group, ConServe, Performant and Pioneer Credit Recovery, to begin collections. The firms will be able to keep up to 25 percent of the money they collect.

The choice to hire Pioneer Credit has been controversial. Pioneer was one of five companies fired by the US Department of Education two years ago after an internal review found the agencies made materially inaccurate statements to student loan borrowers.

Initially, only accounts over two years delinquent and with tax liabilities under $50,000 will be assigned to private collectors. These are debts the IRS is no longer attempting to recover due to the age of the account or a lack of resources.

Regardless of whether officials within the IRS would choose to use private companies to collect tax liabilities, the agency must do so as the result of a congressional mandate. The requirement was buried in the $305 billion Fixing America’s Surface Transportation (FAST) Act of 2015, which allocated resources for surface transportation improvements.

At the time, consumer advocacy groups, along with the union representing IRS employees, were vocal opponents of the measure. In a letter to senators, National Treasury Employees Union president Colleen M. Kelley wrote, “The use of PCAs to collect tax debts has repeatedly been shown to be a waste of taxpayer dollars. The Treasury Secretary currently has the authority, but has chosen not to enter into such contracts.”

The IRS has tried twice in the past to use private firms to collect overdue taxes, and both times the programs have been cancelled.

“There is little to no evidence that hiring debt collectors will be a savings to the public,” Tanya Hobson-Williams, a business law attorney and former lawyer with the New York City Human Resources Administration, told BLF. “The IRS has attempted this outsourcing in the past without success and has failed to show how this time would be any different than their past attempts.”

The first such program, initiated in 1996, lasted only a year and resulted in a $17 million net loss. Some companies participating in the pilot program were found to have violated the Fair Debt Collection Practices Act.

The program was revived in 2006 and was projected at the time to fetch $2.2 billion in revenue. In 2009, the program was again cancelled after seeing an estimated $4.5 million loss due to expenses, including $86.2 million in administration costs and $16 million in commissions to PCAs.

A study of the use of collection agencies between 2006 and 2009 revealed that private companies were no more efficient at bringing in revenue from old accounts than IRS agents. According to the IRS's Taxpayer Advocate Service, private collectors did very well initially, as they worked “easy” accounts and gathered low-hanging fruit. Overall, according to the report, PCAs netted approximately $86 million while going after $1.6 billion in debt.

After the debt was returned to the IRS, agents collected another $139 million, nearly twice as much as their private counterparts.

Advocates for the law bemoan lost revenue and claim private collectors can be effective if given time. The IRS is owed roughly $138 billion in unpaid taxes, and supporters argue this iteration of the program will bring in an estimated $2.4 billion over 10 years. The provision received bipartisan support from high-profile lawmakers, including Iowa Republican Sen. Charles Grassley and New York Democratic Sen. Chuck Schumer.

“It’s been clear for a long time that the IRS isn’t collecting the debt that these contractors will focus on,” said Mr. Grassley. “Collecting tax debt that’s due and not in dispute is a matter of fairness to the many taxpayers who pay what they owe.”

Sen. Schumer, a long-time advocate of private tax collection programs, touted the 300 jobs Pioneer planned to add in New York as a result of the law's passage. “The new law and the resulting federal contract will help inject new life into the regional economy,” said Mr. Schumer in a statement highlighting his support for the provision.

Attorneys and consumer advocates worry that the program will open Americans to fraud, target vulnerable low-income individuals and further erode public trust in the IRS and the federal government.

According to the Treasury Inspector General for Tax Administration (TIGTA), more than 1.9 million Americans have received calls from bogus government officials soliciting money since the fall of 2013. The Justice Department has pursued multiple criminal organizations involved in scams in the United States and abroad.

Private firms will be able to contact people by phone to collect a debt, something the IRS has explicitly claimed it does not do. This could make it harder to distinguish scams from legitimate calls.

Tax attorney Laura French told BLF that she routinely deals with clients concerned about unsolicited, fraudulent and threatening calls. “How is the American citizen to know the difference between a legitimate call and a fraudulent call?” asked French. “I encourage the Treasury Department to establish strict guidelines for its debt collectors and suggest the IRS expand the Taxpayer Advisory Office staff to accommodate taxpayers who will be the subjects of IRS debt collection efforts,” she continued.

IRS officials stress that no one will receive a call before being notified at least twice in writing, once by the Treasury Department that the debt is being reassigned and once by the firm responsible for collection.

The IRS typically does not try to collect debts from individuals and households earning only enough to cover basic living expenses. However, according to Nina E. Olson, head of the IRS’s Taxpayer Advocate Service, private collectors provide no such protections. Olson's office analyzed 360,000 taxpayer accounts eligible to be turned over to PCAs and found more than one-third of those who have filed a return recently had incomes less than $20,000.

According to Chi Chi Wu, a lawyer with the National Consumer Law Center, such tactics can have a negative impact on the overall economy. “You don’t want to be going after folks like that,” he said. “If you turn the screws on them to the point where they can’t afford their rent, that’s not good for anyone.”

The ideological debate over the IRS's use of private debt collectors illustrates a core conflict over essential government functions and the role of public employees.

“The private debt collection program is a disservice to American taxpayers,” said representative John Lewis (D-GA). “It undermines the confidence Americans should have in government action.”

The IRS has seen a 17 percent cut to its budget since 2010. During that time the agency has experienced a seven percent increase in the number of tax returns filed, but audits are at a 13-year low.

Chuck Marr, director of federal tax policy at the Center on Budget and Policy Priorities, says some government functions are so central they should not be privatized. "Tax collection is a basic function of government and should be carried out by government employees,” said Marr. “This is wrong on so many levels. Congress has been defunding the IRS and undermining its ability to collect tax revenue and now they claim the IRS has a problem and lets it outsource the job to private debt collectors."

Tanya Hobson-Williams agrees that increasing funding for the IRS could reduce the need for outside collections. “The president’s Treasury Secretary, Steve Mnuchin, has proposed increasing the budget for the IRS so they can hire more staff members and upgrade its technology to fend off cyberattacks,” said Hobson-Williams. "If Congress approves Treasury Secretary Mnuchin’s proposal, it would decrease the need to contract with private debt collectors and they can use the increased staff to collect outstanding tax debt.”

If the program continues, the IRS will assign larger, more complicated cases to the private firms.