The Coming of the Apple Watch and the Future of Search 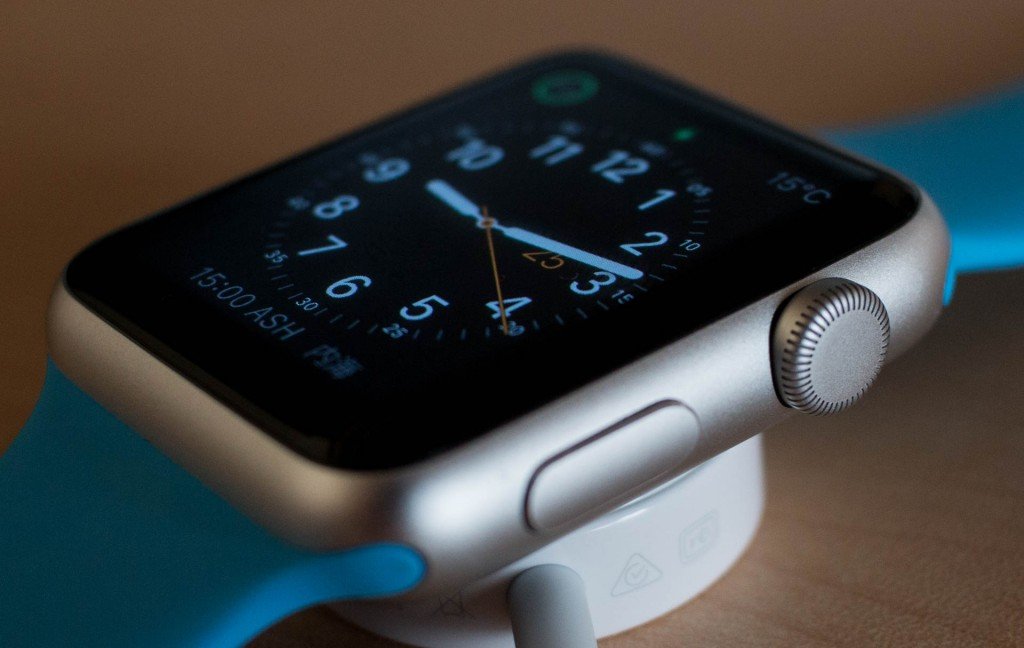 Promises of yesterday are being delivered by the technology of today: watches are becoming the phones that replaced your PC. Hardware is smaller, lighter and lasts longer on a single charge, but the biggest revolution that could come from wearables won’t be megahertz or apps. Soon, we'll be able to have conversations with our technology without cords, keyboards, mouse pointers or clunky keyword thinking.

2014: First wave of real smartwatches hits the market
In 2014, more than a dozen smartwatches were announced and released by multiple vendors. Most of them were Samsung devices, and all of them were running Android.

Early purchasers are usually the guinea pigs of new technology, and Android watch buyers responded with mixed reviews. Some were happy to be greeted with a familiar Google Now interface on their wrists. Just minutes after unboxing, they had access to their emails, appointments and other personalized cards. The watches received positive comments on their quality materials, familiar operating system and agreeable price point.

Others focused on the relative lack of spectacular features available. Battery life was one of the biggest complaints. The Galaxy Gear could have seen a larger market share, but it was only capable of pairing with select Samsung phones, which limited its adoption. There were also some hardware complaints, including the weakness of the camera compared to an average 2014 phone’s.

For these watches, the small screen presents more of a user experience challenge than a technical one. Android has ported as Android Wear, which is an operating system completely centered around notifications and getting caught up with a glance. The key to getting the most from your digital timepiece is Google Now's voice recognition.

Simply bring your wrist up and say, “OK, Google” to activate Google Now. This platform allows you to make appointments, read messages, send replies, check weather and operate dozens of other vocal-cord-powered apps.

The rebirth of search
Search has become just as crucial to a mobile device as its battery. Smartphones need a solid search platform to sell and survive. For Android phones, voice-activated search has been key. Yet the search landscape is hard to fit, because it's changing. Keywords are steadily losing relevance. Human, readable, conversational content is nectar to search engines. Injecting targeted keywords and tag clouds is becoming less important. Search engines now think it’s less useful to readers.

If someone was injured while crossing an intersection, old search habits would have them try “injury pedestrian Tampa lawyer reviews” and a few other variations to see about hiring an attorney. But with the right technology, people could soon unlearn keyword-heavy searches and return to using natural-sounding sentences.

Saying, “I was hit crossing the road in Miami, and I need a lawyer” returns increasingly useful results. Apple's Siri has made the digital assistant common, and it (she?) has evolved to be more helpful over several iPhone generations. Users who already love Siri will happily rely on her familiar voice when the Apple Watch is released.

Hands-free, eyes-free computing
Keyboards worked so well for desktop computers because they replaced typewriters so directly. The controls made good sense because everyone was already using them to do work. The mouse was a more recent innovation. It almost immediately became the industry standard because it gave people a precise way to navigate complex virtual worlds with a pointer, which logically and spatially translated well from their physical actions.

But looking at the direction that our technology is headed, it’s clear that there’s no room for keyboards or mouse cursors. Smartwatches give users a direct access to our world of information with just a glance, but the tradeoff is small size and little screen real estate.

The ability to dictate commands and have conversations with machines has been depicted in countless works of science fiction. Astronauts try to convince their ship’s artificial intelligence to open the pod bay doors, while here on earth, machines would misunderstand “Hi Stephen, this is Aaron” for “Heist even, this is air rain”.

The barriers to conversation with machines will soon be gone entirely, thanks to experiments conducted by Google Voice and Apple’s Siri. Over the years, they have analyzed decades of voice data and made countless tweaks, bringing up the accuracy of vocal understanding with each one.

What the Apple Watch really means
Apple has been making portable technology for more than 15 years and making long-lasting impressions every step of the way. It went from a near-extinct computer company to one of the most recognizable consumer companies in the world in under a decade. Apple didn’t invent the mobile phone, but it redefined the industry around the user experience.

Notifications will now have a wider scope, bringing you instant updates without the need to look at a screen. Your eyes will never leave the road when getting directions; just ask where you need to go and get a slight buzz on your wrist when your turn is approaching. Health-tracking applications will take advantage of the constant contact with the user’s skin, and provide real-time updates to doctors as well as congratulate you when you reach your 10,000th daily step.

By this time next year, we won’t be talking about voice-activated conversation with machines. We will be talking about the Apple Watch 2, and putting it head to head against it to the Google Nexus Watch. The year after that, voice recognition will understand every language, dialect, and accent spoken in the world. In five years' time, the keyboard this article was written with will be as relevant as the 8-track.

Staying ahead of the curve
Until that day comes, however, attorneys should stay compatible with the keyboard and mouse (and whatever most people use most next). But to reach smartwatch early adopters, they can make a small nod to make a big difference.

Web browser technology is better than ever, and its innovations make for impressive content presentations and even nicer email newsletters. However, most of that design prowess will be lost on users checking a screen less than 2 inches by 2 inches. Email subjects become a bigger priority for watches, since users will likely only see a couple of words before reading or deleting the message with a swipe.

For now, giving your subscribers the option to receive text-only emails should ensure that messages can still be read on small screens. Smartwatches are still not a replacement for our larger tablets and desktop resolution screens, so HTML emails are still valuable to users who desire rich multimedia content.

Wearable computers are not just the latest trend in gadgets. They represent a change in the way people interact with technology. Voice commands and simple gestures are well on their way to becoming the primary means of getting things done, and the Apple Watch is the next chapter.