The Latest Reports of SEO’s Death Are Greatly Exaggerated 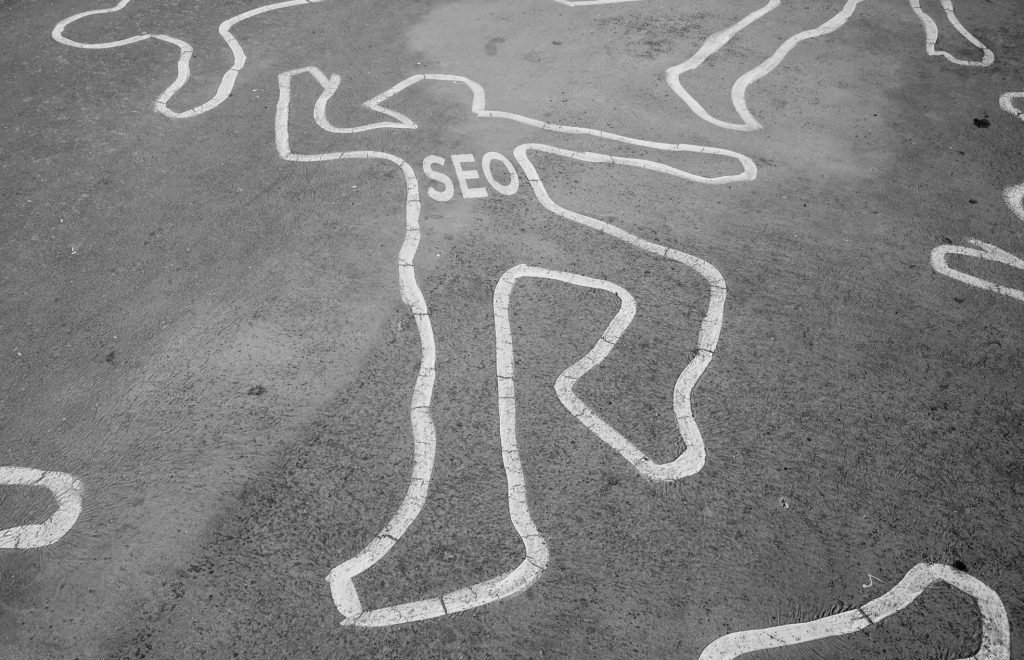 Since 1997, bloggers, "experts" and internet pundits have been declaring that SEO (search engine optimization) is dead. In April 2015, Entrepreneur Magazine published a piece titled "The Top 4 Reasons SEO is Dead." In December 2016, Lexis Nexis’ Business of Law Blog reiterated the sentiment in their article titled "6 Bold Predictions for Legal Marketing in 2016" wherein number 1 was "End of the road for SEO."

What happened? Let’s explore the reasoning behind these morbid predictions.

The Entrepreneur piece points out that Organic Reach is down, citing websites like Yelp and Facebook as claiming marketshare in consumer decisions. While review sites and social networks definitely play into consumer decision making, organic reach for law firms is not down, the audience is just behaving differently.

If you look at Google Trends for terms like "lawyer" or "attorney," you will see what looks like a subtle downward trend between 2004 and today. But look at "lawyer near me" and you see significant growth since 2013.

We also look at conversational keyphrases like "I need a lawyer." That keyphrase has quadrupled since its 2006 lows. While there is no denying the point that traffic is becoming less centralized and review sites along with social networks claim consumer marketshare, organic reach for lawyers is certainly not down.

Let’s examine LexisNexis’ Business of Law Blog’s claim that 2016 is the "end of the road for SEO." The full quote states, "SEO officially becomes obsolete in 2016, killed off by repeated Google artificial intelligence and algorithm updates."

Google has certainly gotten smarter, and as we covered in December 2015’s Bigger Law Firm Magazine article, "Google’s Rankbrain and the Future of Smart Search," Google’s algorithm aspires to learn. And it’s no secret that since Google’s 2003 update titled "Florida," they have aggressively been shaping their algorithm to sniff out and demote websites that have so much as a contact high from illicit practices.

But does greater consumer intelligence, Google terms enforcement and RankBrain mean that SEO is ready for eternal rest?

The real truth
Your prospective clients are smarter. They search conversationally with Google Now and Siri. They look at ratings, their friend’s endorsements and "social proof."

Google is smarter. They hold websites to higher standards. They are also thinking about search result delivery in terms of topics rather than keyphrases. But change doesn’t equal death — it just requires a strategy that evolves with the environment.

SEO offers incredible ROI
Even with all of the obstacles that come between your website and consistently ranking high in search results, SEO delivers more leads for less. When comparing fully funded PPC (pay-per-click) campaigns against SEO campaigns, we see the true value of natural traffic (for this experiment we used the highly competitive personal injury market).

PPC Only
Average cost per conversion: $845

SEO Only
Average cost per conversion: $220

Of the SEO campaigns reviewed, the average website had 25 percent or less keyphrase visibility with an average monitored list of 3,000 keywords.

Consumers are smarter. Search engines are smarter. And yes, SEO is more strategic and will cost more as the process becomes more complex. But compared to paid advertising, SEO delivers the best value.