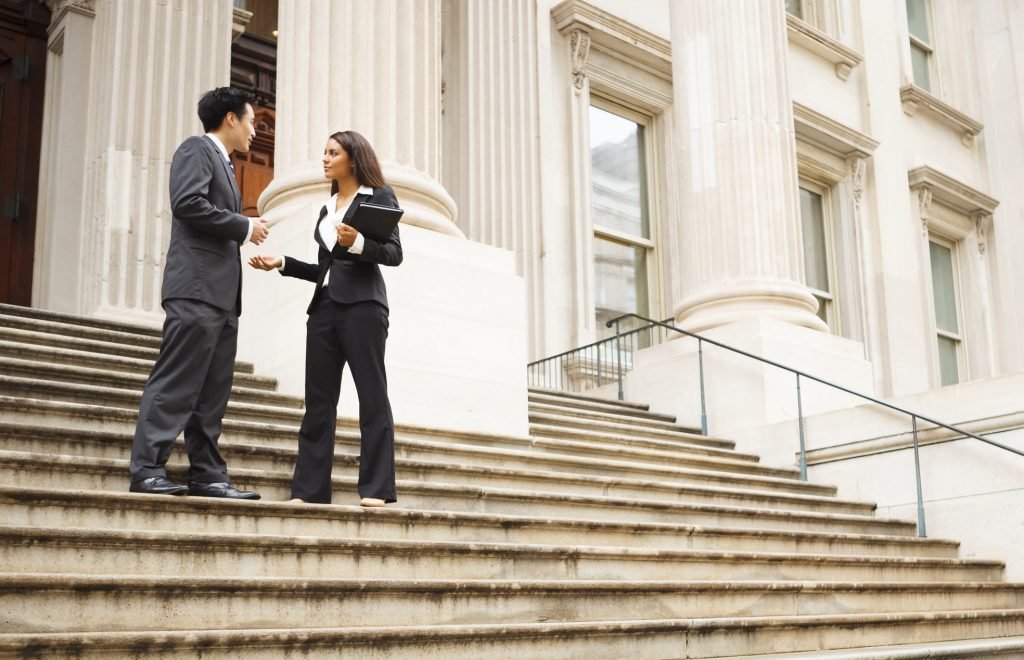 Trump released an outline of his 2018 budget proposal on March 16. To pay for significant funding increases for the military, homeland security and veterans, Trump moved for deep cuts to nearly every other federal agency. The President’s blueprint calls for the EPA to lose 31 percent of its $8.2 billion funding, and for the State Department’s $50 billion budget to be cut by 29 percent.

The Legal Services Corporation, which funds legal aid for low-income Americans, would see its budget completely eliminated under President Trump’s proposal. The organization’s budget request for the fiscal year of 2017 was $502 million.

In 1974, the LSC was established as a public nonprofit corporation by Congress, which declared that its purpose was “to provide high quality legal assistance to those who would be otherwise unable to afford adequate legal counsel.” The 11-member Board of Directors is appointed by the President, but by law it must be bipartisan, with no more than six members coming from the same political party. The LSC is a grant-making organization, funding legal aid organizations for low-income Americans, with the goal of promoting equal access to justice.

The LSC funds hundreds of legal aid organizations throughout the country, often providing between one-third and one-half of all the funding the local programs receive. In poorer states, up to 80 percent of legal aid funding comes from the LSC.

In many ways, legal aid organizations do for civil law what public defenders do in the criminal justice system: provide legal representation to those who need it but cannot afford it. However, there is no Constitutional right to counsel in civil matters, so legal aid programs rely on a mix of federal, state and private funding.

Martha Bergmark, a former LSC president, said that the Legal Services Corporation is “the backbone of our nation’s commitment to justice for all,” even though most Americans are not aware of its existence. The agency’s budget accounts for 0.01 percent of the $4.1 trillion federal budget, but provides crucial services to people in dire circumstances.

Effect of the proposed cuts

Politicians pushing budget cuts generally decry wasteful spending, but in the case of legal aid services, the need is actually far greater than what is provided, even at current funding levels. The LSC estimated that in 2017, 59.4 million Americans would be eligible for services at LSC grantee organizations. However, the agency’s Justice Gap Reports from previous years found that legal aid groups funded by the LSC typically had to turn away about 50 percent of people seeking services, due to inadequate funding. According to researchers at Cardozo Law School, more than 80 percent of litigants do not have the assistance of an attorney in matters as important as foreclosures, evictions, debt collection cases and child custody cases. The LSC received reports from judges indicating that, for example, in New York City, 99 percent of tenants facing eviction were pro se; in Florida, 80 percent of divorce cases had at least one party unrepresented; and in Arizona, 90 percent of domestic violence and probate litigants do not have an attorney.

For low-income people who do receive legal aid, it can be a lifeline. Attorneys funded by the LSC file restraining orders for victims of domestic violence, help tenants fight eviction, assist veterans in obtaining public benefits, represent consumers victimized by scams, and provide many other services, ranging from educating citizens about their rights to direct representation.

Supporters pointed out that funding legal aid actually saves society money. When foreclosures are prevented, property values are maintained and costs associated with homelessness are reduced. When domestic-violence victims are kept safe from abusers, the future costs of police, courts and hospitals are averted. People attempting to represent themselves in court often slow down the process, adding to the administrative cost of the justice system.

Some of Trump’s proposed budget cuts are controversial even among Republicans in Congress. Sen. Mitch McConnell (R-KY), the majority leader, said that Congress would not agree to the State Department cuts, and Sen. Lindsey Graham (R-SC) called them “dead on arrival.” However, the elimination of LSC funding is a real possibility.

The organized bar is moving to oppose the cuts. The American Bar Association issued a statement saying it was “outraged” by the proposal, and called for full funding to be restored. Several state and local bar associations also announced their opposition. A letter opposing the funding cut was signed by 185 leaders of corporate legal departments, and another statement in opposition was issued by the chairs and managing partners of more than 150 U.S. law firms.

The Legal Services Corp. has survived prior existential threats. In the 1980s, President Ronald Reagan attempted to disband the organization, viewing it as advancing a liberal agenda. After lobbying by the organized bar, Congress declined to abolish the LSC, but its funding was sharply reduced, forcing the layoffs of nearly 1,800 attorneys.

Some attorneys and their clients are considering less traditional funding methods as federal, state and local budgets become increasingly strained. Crowdfunding platforms developed for the legal industry provide one option.

Crowdfunding has the potential to increase access to the legal system for those in need of legal help and those wishing to support causes they find meaningful. Crowdfunding, for example, was central to the case Aziz v. Trump, one of the lawsuits challenging the president’s first travel ban. The Legal Aid Justice Center, an organization representing low-income individuals in Virginia, raised over $36,000 through the crowdfunding platform CrowdJustice to assist with the case.

CrowdJustice began operating in the United States at the beginning of 2017. The Aziz case was its first US-based legal campaign.

CrowdJustice CEO Julia Salasky has served as an attorney in several capacities, including as a lawyer with the United Nations and with a pro bono legal clinic. Salasky believes crowdfunding can play a meaningful role in filling the funding gap if organizations like the Legal Services Corporation see budget cuts.

“Cost is often the driving factor behind how and when litigation is brought forward, and can be a major barrier for people in accessing the legal system,” said Salasky. “What we’ve seen with donation-based legal crowdfunding is that — unlike traditional third-party financing — it creates a funding solution that empowers the plaintiff, by giving them a funding stream from community support, and one that does not affect their relationship with counsel.”

“While to some, crowdfunding for legal cases may seem an unusual alternative to third-party financing, it is actually much simpler and more accessible,” Salasky continued, “and provides the meaningful advantage of humanizing the law.”

One of the ironies of President Trump’s proposed budget cuts is that they would cause disproportionate harm to many rural, low-income residents of red states, who overwhelmingly supported his presidential campaign. Trump voters may be alarmed by the planned cuts, but most remain loyal. Nationwide, only 3 percent of Trump voters say they regret their vote. Nicholas Kristof of the New York Times traveled to Oklahoma to talk to Trump voters who benefited personally from programs whose funding would be eliminated by the President’s budget. Though many were shocked by the cuts, none said they regretted their vote, and several said they would vote for him again.