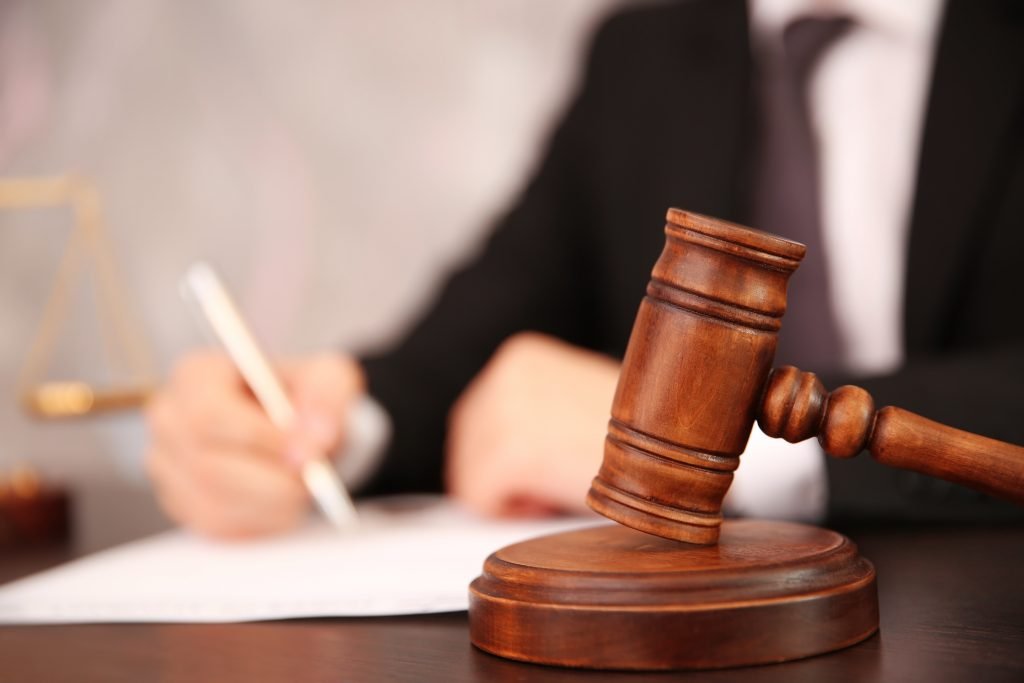 Louisiana death row inmate, 44-year-old, Robert McCoy, was convicted of a triple murder in 2011. McCoy has asked for a new trial because he argues that his constitutional rights, specifically the ability to mount his own defense, have been violated.

The legal question is not whether McCoy’s right to legal representation at trial under the U.S. Constitution’s Sixth Amendment was violated, but whether a lawyer can concede a defendant’s guilt over the client’s stated objections.

McCoy alleges that during his trial, his lawyer, Larry English, ignored his objections to admitting to murder. Instead the lawyer told the jury that McCoy was guilty. English saw that the evidence was overwhelmingly against his client so he attempted to negotiate a plea deal with prosecutors for a life sentence instead of the death penalty. However, McCoy was adamantly against this plan, he even attempted to fire English, but was told by the judge, that it was too late to do so.

McCoy was arrested in Idaho a few days after the murders of his wife's family members. Since his arrest in 2008, McCoy has maintained his innocence.

After the trial, McCoy obtained new legal counsel and appealed his conviction, claiming he was denied his rights. The Louisiana Supreme Court ruled against him.

The Louisiana court based its decision on a 2002 U.S. Supreme Court ruling on a case from Florida that permitted concession of guilt when a defendant was unresponsive to his lawyer's questions. However, the court did not address what happens when the defendant disagrees with their attorney.

The U.S. Supreme Court Signals Interest in the Case

Earlier this month, the U.S. Supreme heard arguments on this case. The Justices will have to decide between two tenets: the adversarial relationship between government and the accused, and a defendant's ability to make decisions about their fate.

If the questions posed by both the liberal and conservative justices during last week's argument are any indication, there may be a chance that McCoy will receive a new trial.

The court’s decision, due to be handed down in June 2018, may ultimately be a narrow ruling that will set a new precedent on whether or not a lawyer can admit/concede a defendant’s guilt despite the defendant objecting to such a tactic.

The legal question is whether McCoy's right to legal representation at trial under the Sixth Amendment was violated. The Sixth Amendment describes the rights of accused in criminal prosecutions. The amendment states:

“In all criminal prosecutions, the accused shall enjoy the right to a speedy and public trial, by an impartial jury of the State and district wherein the crime shall have been committed, which district shall have been previously ascertained by law, and to be informed of the nature and cause of the accusation; to be confronted with the witnesses against him; to have compulsory process for obtaining witnesses in his favor, and to have the assistance of counsel for his defense.”

Justice Sonia Sotomayer, says, in an inkling of what may be to come in June’s decision, “People can walk themselves into jail. They can walk themselves, regrettably, into the gas chamber. But they have a right to tell their story.” In other words, defendants have the right to say what they want, even if it does not help their case.

Does the attorney step back? Should the lawyer step back? Is a lawyer substituting their own objective that could be related to and directly affects the “assistance of counsel” provision under the Sixth Amendment – a question Justice Neil Gorsuch seems interested in pursuing. Gorsuch asked, “Can we even call it assistance of counsel? Is that what it is when a lawyer overrides that person’s wishes?”

What Does Assistance of Counsel Entail?

The assistance of counsel provision in the Sixth Amendment has five distinct rights:

In McCoy’s case, the spotlight is likely to shine on Strickland, Superintendent, Florida State Prison, v. Washington, 466 U.S. 668 (1984), as it relates to “effective assistance of counsel.” Strickland was a U.S. Supreme Court decision that set the standard for determining when a criminal defendant’s Sixth Amendment right to counsel is violated by a counsel’s inadequate performance.