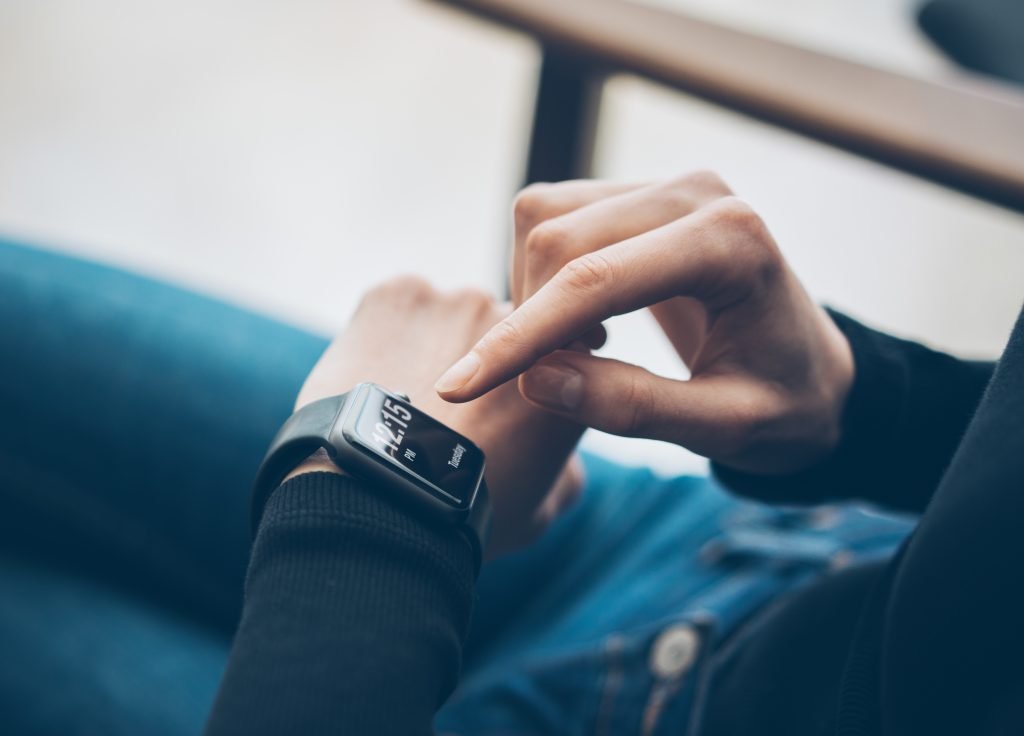 Wearable technology is poised to become the next big thing in personal computing technology. The devices record and report massive amounts of personal data, including photos and video.

Despite George Orwell decades ago cautioning against the dangers of Big Brother in his influential novel 1984, Americans more than ever are embracing smart technology that enables electronic tracking of their every movement. The advent of wearable technology and its potential for enormous growth among U.S. consumers already is transforming how personal injury cases are argued and decided.

Examples of wearable technology include:

Smart watches are particularly telling when it comes to tracking wearers’ activities. The wrist-worn computers communicate with the user’s smartphone and notify the wearer of incoming calls, messages and other information. Smart watches also can record video and take photos, which they store on smartphones.

One in six Americans currently uses some form of wearable technology, which provides very detailed information about their everyday lives.

Another 250 million Americans own smartphones, which equals about 77 percent of the nation’s entire population. Considering many of those who do not own smartphones likely are either very young or very old, it is safe to say the vast majority of adult Americans either wear or carry some sort of tracking technology that could impact personal injury lawsuits.

Wearable technology’s impact on personal injury cases
With the new smart watches and smartphones, it is possible to reconstruct the exact moments directly prior to a personal injury occurring. Such evidence can corroborate or contradict witness statements and other testimonies. If a plaintiff claims their activities are limited due to injuries sustained, information stores on wearable technology or smartphones are subject to discovery.

Wearable technology and smartphones gather a great deal of data that raise questions of potential discovery in legal cases. The Federal Rules of Civil Procedure require disclosure of copies or descriptions by categories and locations of documents, electronic data and other tangible material sought that might support claims or legal defenses.

The information sought, though, might not be available. The legal party might destroy or conceal the information. Those who might not understand they must preserve certain electronic data and documents might delete them by accident. The potential loss of stored data and evidence compels attorneys – especially defense attorneys – to anticipate and address potential data issues well in advance through targeted written discovery requests designed to determine whether the information ever existed and who controlled it.

Privacy issues with wearable technology
In personal injury cases and other legal contests, an attorney must determine where data is stored and who controls its release. An owner’s privacy policy might indicate how the information could be released or shared by the user. In many cases, companies controlling stored electronic information likely have exceptions in place the enable them to comply with subpoena requests, warrants or other legal obligations without obtaining consent from the user.

Privacy issues can complicate the release of electronic information. A court will determine whether an owner or user of wearable technology has a reasonable expectation of privacy and weigh that expectation against the probative value of the information sought. The court also will determine whether or not release of the data would be prejudicial against the non-requesting legal party.

While privacy issues can complicate the matter, many users choose to store data in public places. Devices that store publicly photos and other data on Facebook, for example, are within the public domain. In such cases, the information is available without a court order.

Data stored in public domains, such as social media, likely would be fully accessible due to the public nature of the media. Yet, data stored on wearable devices is personal. Attorneys seeking disclosure of personal data must make compelling arguments regarding relevance or likely see courts deny their requests, the American Bar Association says.

With more Americans embracing wearable technology, the impact on legal cases is potentially great. When it comes to personal injury cases, the potential impact is certain – such data absolutely can affirm or deny legal positions. Discovery and privacy issues can complicate the use of such data, but well-prepared attorneys can use them to their clients’ advantage.

Mike Heuer is a contributor for Bigger Law Firm.